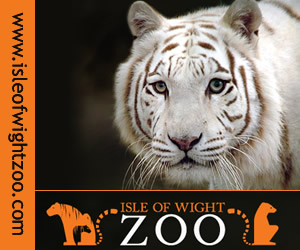 The Owl and the Pussycats

I should say I am a virgin blogger and I’m not quite sure where to start but I’ll attempt to cherry-pick some of our recent happenings in the zoo camp. So here goes…

One of our cat carers, Mary, has been busily ‘schooling’ her big cats, working alongside our vet, Matt, she has been teaching them to present teeth, paws and even bums to receive a meat reward. Incredibly some of the cats now allow us to take blood samples and take their temperatures without knocking them out – a win/win for us and them revolutionizing some of our previous husbandry practices.

The comedian Jo Brand has been a guinea pig assistant to Mary and we’ll soon be offering this as one of our public experiences.

Casper the white lion unfortunately did have to be sedated recently to have a fist-sized piece of bone removed from his upper left canine. Somehow he had got it wedged into his 4 inch long tooth – usually they only use these teeth for killing prey so this was really bad luck for the poor chap. Paul, one of our maintenance crew was drafted in to apply some delicate expert tool assistance to the vet to prise the bone away.

Chiquita, one of our two female jaguars, who was rescued from a drug dealer in Northern Ireland 16 years ago, has been causing us some concern with a reoccurring mobility problem affecting her back end. We thought she’d tweaked her back climbing on her logs so she was ordered to have some ‘bed rest’ and we gave her some painkilling injections.

She seemed to make a miraculous recovery but as soon as the vet boarded his plane for a conference in Italy she was back to square one limping around her enclosure. Due to her background we don’t know her exact age but think she’s around 20, as wild jaguars generally don’t live beyond 15 years she would be considered an old girl. We may have to x-ray to see if there’s a degenerative condition setting in. Fingers crossed it won’t be anything serious.

Zena our 16 year old white tiger, who I hand-reared after she was rejected by her mother at Longleat Safari Park, is back on a pure chicken mince diet after a brief period of vomiting (sorry if you’re eating your cornflakes). We’ve been investigating a possible food intolerance as she lost a lot of weight last year and wasn’t able to digest some food. She was weighed recently: 109 kg, we’ll keep her on the mince (expensive taste!) for a while longer. 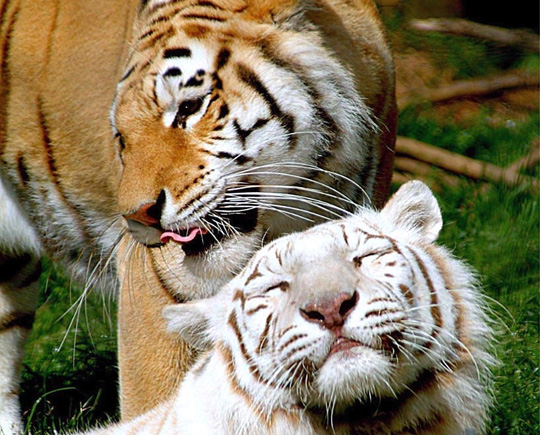 Zena had a pretty tough 2011, as well as having her digestive problems, she had to undergo cataract surgery in November on her left eye (she had her right eye removed 6 years ago due to a glaucoma) and still has daily eye drops lovingly administered by her carers.

White tigers are not ‘snow tigers’, they belong to the Indian subspecies but exhibit a rare generic condition called ‘leucism’. The last wild white tiger found in the wild was shot in 1958. Due to a restricted gene pool white tigers bred in human care can have related health problems.

Our newly arrived common marmoset couple, one of whom is an ex-lab animal, have been venturing out into their smart new outdoor home after a period in isolation to ensure they are not carrying any infectious diseases. The female is pregnant which is great news – their gestation is around 5 months so she should be due any day!

Charl, the animal manager has just this minute sent me a picture of our new tawny owlet. Having just returned from a conservation meeting in Zurich, our education officer, Tracy, dashed to Wales yesterday to collect the little fluff ball. Our friends at the Hawk Conservancy Trust in Andover will be advising us on all aspects of successfully rearing the young owl which will be used by the education team. There will no doubt be lots of oo-ing and ahh-ing as she’s/he’s welcomed into the fold.

The animal team have been working with a young female racoon which was handed into the RSPCA as an unwanted pet. These animals can be bought and kept without a licence in the UK and, needless to say, many are discarded when they become a handful. They are notoriously naughty animals needing lots of social interaction. This female is proving to be quite feisty but with time and the right care we are sure she’ll go on to lead a happy life.

I could go on but I think I’m out of space so will bid you farewell until next time from the sunshine Isle (honestly- well, only ocasionally recently!).