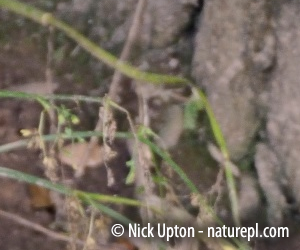 “Your once in a lifetime opportunity to help England’s only wild beavers thrive again.”

The wildlife charity Devon Wildlife Trust urgently needs to raise a minimum of £100,000 from a crowdfunding campaign to have a chance of securing the future of England’s only wild population of beavers. The beavers have made their home on the River Otter in East Devon. After being discovered in 2013 the beavers were originally set to be removed by government officials. However, a partnership led by Devon Wildlife Trust, local people and a local landowner reversed this decision – but only for a 5 year trial period on a license granted by Natural England.

Chris: “We have just four years in which to work with local people to prove to the government that beavers are good for the environment and can live in harmony with local people. If we don’t then the beavers will be removed. This is a once in a lifetime opportunity to help a magnificent and long lost mammal to thrive again.

“Please donate today to give Devon’s beavers a chance and to play a role in one of the most exciting conservation projects of the twentieth-first century. You never know it might pave the way for other native species to return to the UK.”

These rewards include some highly unusual items. Among them is the chance to own a ‘beaver chip’ – a nibbled chip of wood actually gnawed by a Devon beaver. Other rewards range from a limited edition signed beaver cushion, designed by renowned artist Hugh Dunford Wood, a bespoke tour of the beavers’ river home in the company of an expert guide, a unique River Otter beaver soft toy, and even a personal appearance by ‘Nora’ the Devon Wildlife Trust’s beaver mascot.

Pledges start from £5, with the beaver chips being offered to those pledging £75 (a limit of 500 wood chips). 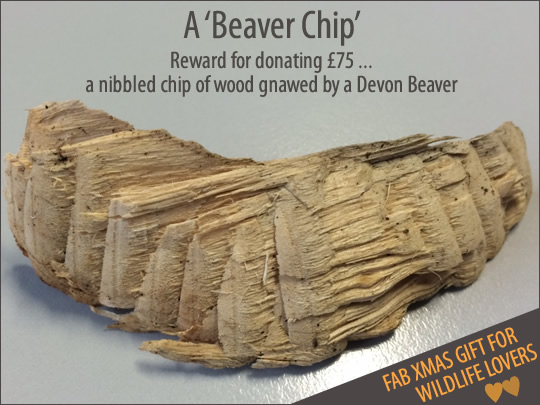 Devon Wildlife Trust launched the River Otter Beaver Trial in 2015, a five-year project which is monitoring the impact of the animals on the local landscapes, communities and wildlife. They receive no state funding for the project and now urgently need to finance their beaver work.

For details and to pledge …