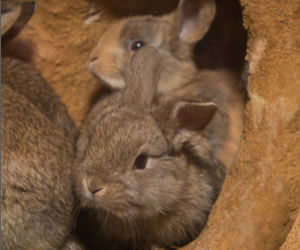 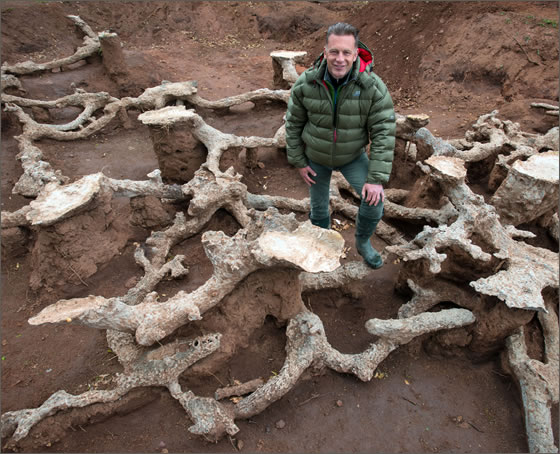 In an ambitious natural history experiment Chris goes underground to investigate the subterranean world of some of the UK’s most iconic animals.

Film-makers and scientists cannot investigate animal behaviour inside wild burrows without disturbing them so The Burrowers’  team found ingenious ways to film this secret world by recreating full scale replicas.

Using guidance from a team of experts a magical underground world was recreated in the West Country.  It includes a vast cross-section of a rabbit warren; a water vole burrow with its own riverbank; and a full size badger sett. The film-makers then used the latest in filming technology to shed light on this previously secret dark world.

The unique project based at two locations in Devon and Somerset reveals new science and TV firsts. It explains how the animals create their burrows, how they organise themselves underground and how they find mates and give birth.

Beginning in winter the cameras follow the dominant female rabbit Hazel who sets herself up in the best chamber in the warren. Thumper is the dominant male and never far from her side. Much to Chris and the experts’ delight the other rabbits, who are from a local rescue centre, all soon settle into the replica warren. 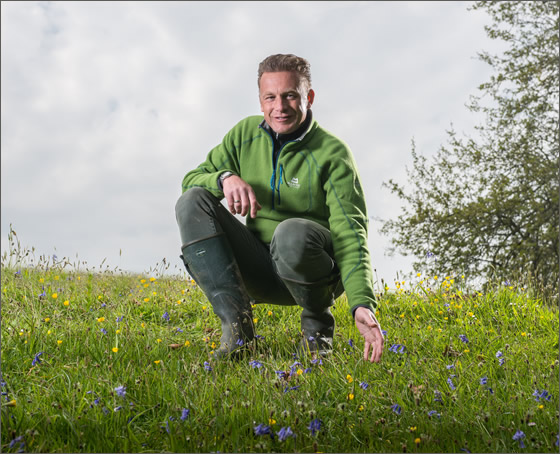 Chris also meets water vole expert Derek Gow who reveals how the creatures organise their extremely neat and compartmentalised river homes. And resident water voles Mr Ratty and Bonnie are soon negotiating their own space within their new home.

Orphan badgers, from Somerset’s Secret World Wildlife Rescue , are introduced to their new sett and observed by Chris and badger expert Chris Cheeseman  making themselves at home.

Images: Presenter Chris Packham – The Burrowers
Credit: Guy Newman (www.guynewman.co.uk) for BBC/Dragonfly Productions
The images on this page and The Burrowers images on the Home page are the work of photographer Guy Newman. Subject to copyright and used with permission.