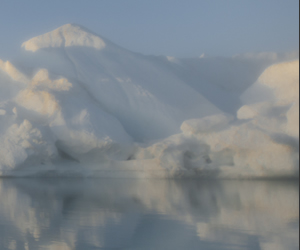 Perched on our promontory camp we are drawn to gaze down upon Greenland’s Store Glacier. Our backsides have worn the crispy black lichen from the boulders, the best seats in the house.

Chris is about to set off to the Arctic with a team of scientists and filmakers as part of Operation Iceberg. They are documenting the life-cycle of icebergs for a BBC/Discovery co-production.