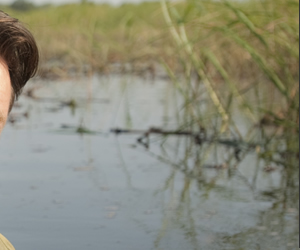 It was solely a passion for wildlife that led Chris to a life on the small screen. From an early age he had been bent on hiding himself in an ivory tower at the behest of some remote academic institution to study peculiar nuances of bird behaviour. After graduating, when he realised that funding for […]

Springwatch returns on Monday at 8pm, BBC Two – Monday to Thursday for 3 weeks. Chris, Michaela and Martin are back at the RSPB Ynys-hir nature reserve in Wales. Cath up with the Springwatch news, get involved online and watch the live webcams.

View Chris Packham’s showreel which was created by Carnyx – www.carnyx.tv