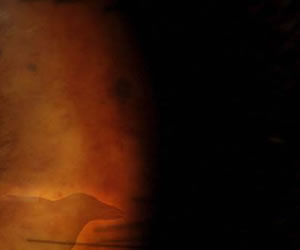 In this incredible 3-part series on BBC Two Chris will be uncovering the surprising secrets of the animal mind with spectacular demonstrations of their abilities. How do animals understand the world through their senses? How do they solve problems? How do the cleverest animals communicate which each other and co-operate in their sophisticated animal societies?

Episode 1: You Are What You Sense

Chris explores the remarkable ways animals use their senses: the gateway to the animal mind.  Focussing on dogs, he discovers how their powerful sense of smell allows them to understand the world differently.  He travels to Northern Ireland to witness a jaw-dropping display of the power of the dog’s nose.  Search-and-rescue dog Fern succeeds in sniffing out a piece of meat hidden at the bottom of a lake that’s a mile long, half a mile wide and 6 metres deep – leading a team of divers to it with GPS accuracy.  But the dog’s nose isn’t just a phenomenal smelling tool – it may even allow dogs to understand abstract ideas, like time.

In a television first, we test the popular notion that some dogs seem to know exactly when their owner is about to return home, and reveal that this might be down to the way the owner’s smell fades through the day. Yet smell is not the only sense that dogs rely on. Testing dogs against wolves, Chris reveals that our favourite pets use their senses differently from their wild counterparts. While wolves trust their nose above all other senses, dogs will favour a visual signal from a human even if it conflicts with evidence from their nose.  In another first, we see ground-breaking research performing MRI scans on dogs to gain a first glimpse into what’s going on in the dog’s brain when it sees a visual signal.  We see why it’s able to interpret a hand gesture to anticipate a reward.

The programme also explores the remarkable ways other animals use their senses to understand the world.  How dolphins use echolocation sounds to build up a 3-d moving picture of their environment, even when blindfolded.  How birds’ brains use an ingenious trick to process near-360 degree visual information while flying at speed.  And how some animals use senses we don’t even possess: Chris swims with sharks to test their ability to detect magnets.  Through exploring how animals use their senses, we reveal how the senses shape the animal mind and define its identity.

In the second episode, Chris explores the minds of the cleverest animals on the planet.  He uncovers the mental abilities that allow some animals to be able to analyse, reason and solve problems in ways that appear almost human.

This programme has an unlikely star – the crow.  Chris travels to New Caledonia in the South Pacific, to see the island’s unique species of crow confront the most complicated manmade challenge ever presented to an animal.  In an astonishing experiment, the bird solves an eight-stage puzzle – each stage completed in precisely the right order – to obtain a reward.   It is a world first.

To compare the abilities of the crow family against other animals we consider clever, Chris sets up a test of his own, pitting the mind of a raven against his own French poodles, Itchy and Scratchy, and a 2½-year-old child.  He presents them all with exactly the same problem: a treat hidden inside a puzzle-box, to discover which of them can work out how to open it.  Remarkably, only the bird succeeds, prompting Chris to investigate exactly what enables it to solve problems that his intelligent poodles, and even a young human, can’t.

Step by step, he uncovers the key abilities that make a problem-solving mind.  Along the way, we explore some of the most impressive behaviours in the natural world:  honey bees that seem capable of complex mathematics, parrots that are master safe-crackers, and tool-using octopi and chimpanzees.  Chris reveals a common set of abilities shared by the cleverest animals – and a common set of factors that drove their evolution.  Finally, back in New Caledonia, Chris reveals how the island’s unique crows pass on and refine their knowledge from one generation or group to another.  In human terms, it’s what we’d call culture – and these remarkable birds are beginning to show us that it isn’t something we alone possess.

Episode 3: Secrets of the Social World

In this final episode, Chris explores why the most intelligent animals on the planet are also the most social.  Could there be a link between navigating the hurly-burly of a complex social life, and being clever?  The programme focuses on an animal that many consider exceptional: the dolphin.  Chris swims with a pod of dolphins in the Bahamas, and the scientists who have studied them for ten years, to begin to unlock the secrets of their social lives.

We join a team of researchers off the coast of Florida, recording and interpreting the sophisticated sounds dolphins make to try to decipher and decode their language.  Scientists’ attempts to understand dolphin language date back to the 1960s:  we reveal the extraordinary, and by today’s standards bizarre and unethical, attempts to teach dolphins English, by having a dolphin live with a woman in a flooded house for three months.  The experiment failed, but helped inspire a fascination with dolphins that persists today.  In Baltimore, Chris witnesses how dolphins respond to seeing themselves in a mirror, performing strange movements to look at parts of their body they don’t usually see, and even watching themselves have sex – indicating an awareness of themselves and other dolphins as individuals.  This awareness is crucial to allowing animals to interact with each other in social groups.

Throughout the programme how other social animals achieve this.  Chris goes to Kenya to test elephants’ ability to understand each other’s calls and their capacity to mourn their dead.  He also visits Yerkes Primate Centre in the USA to investigate chimps’ ability to deceive and manipulate others in the group and discover whether they might have a sense of justice.  We witness an extraordinary example of what appears to be empathy crossing the species barrier, when a dolphin who is snagged on a hook and whose life is in danger approaches a human diver, who rescues him.

Over the course of the programme, Chris re-appraises his ideas of what it is to be human, and just how much we share with other animals.

Information supplied by the BBC.
Banner image: copyright of the BBC and used with kind permission