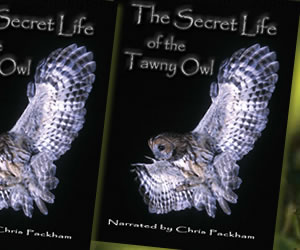 The Secret Life of the Tawny Owl 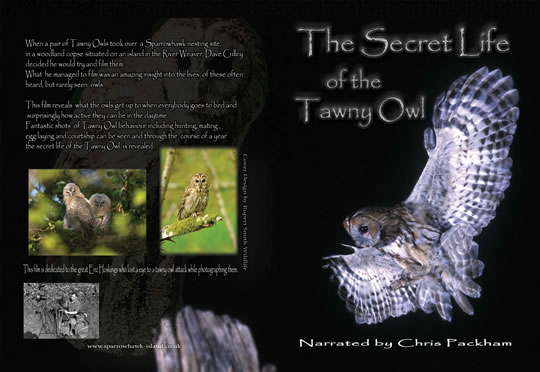 After spending 10 years filming the lives of Sparrowhawks a pair of Tawny Owls moved onto the island forcing the Sparrowhawks out. This gave me an opportunity to film another of our great and very elusive British birds’ lives. Tawny Owls are often heard but very rarely seen, until now.

It was extremely challenging to do it alone for many months each year, filming from 18 hours a day to capture there intimate lives. At times, to capture egg laying, hatching and fledging, I had to stay awake as long as three days to capture these special moments. A lot more happens in the daytime than many people realise and so, to capture all the activity that I could during the day, I’d grab just 4 hours a day to sleep.

The Secret Life of the Tawny Owl covers all the breeding season from November to August when the juvenile owls are pushed away to find there own way in life. It will be a great struggle for them to establish their own territory and many never make it.

British birds are often overlooked by filmmakers, but you don’t have to go around the world to make outstanding films when we have so many incredible species right here on our own doorstep.

Full details and to buy the DVD:
www.sparrowhawk-island.co.uk