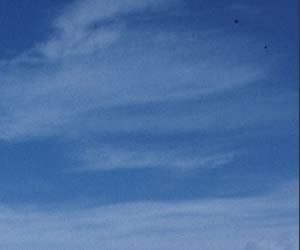 ‘Aladdin Sane’ was the first album I ever bought. I’d seen ‘Starman’ on the Christmas TOTP sat on the floor at my aunt’s at the end of 1972 and was both bemused and entranced by Bowie’s persona and performance. I was eleven and he was both weird and yet so wonderful. The album is on cassette and needless to say I still have it.

I recall listening to it sat on my bedroom floor and studying the liquid pooling above the remodelled Ziggy’s clavicle. I went back to ‘Hunky Dory’ and on to ‘Diamond Dogs’ and ‘Rebel, Rebel’ remains a top ten all time favourite track. I got ‘Young Americans’ too but bought nothing beyond ‘Low’. I remember being sat in that same bedroom, now with a record player, and playing ‘Sound and Vision’, getting up, and putting on ‘Janie Jones’ by the Clash.

My world had changed and although I liked some of Bowie’s stuff up till 1980, I have never got beyond that and remember loathing the rock gods ‘Dancin’ in the Street’ in 1985. Can’t argue with ‘Suffragette City’, ‘The Jean Genie’ and ‘Drive in Saturday’ though, and if you don’t know the words to ‘Space Oddity’ then you’ve been committing ‘Rock’n’Roll Suicide’.

It was a clean start because we were back but there had been ‘Changes‘.  Our aim was still to bring you wildlife in the best ‘Sound and Vision‘. Our swan family provided an instant ‘Cygnet Committee‘, Charlie Hamilton-James was ‘Aladdin Sane‘ to be down by his beloved river, we’d need to ‘Watch That Man’ Iolo Williams who was eating all the cakes and baby Barn Owls were ‘Scary Monsters‘ in the roof.

Programme Two and our Lampreys had been on a ‘Fantastic Voyage‘, the Chaffinch nest was full of nestling ‘Kooks‘ and the male Osprey was asking his mate to ‘Be My Wife’ by offering her fish suppers. Kingfishers were ‘The Prettiest Star’ in Britain’s bird fauna for many people, Bank Voles were ‘Subterraneans’.

The baby Swan was a ‘Sweet Thing’ but not as much as a Fox cub in programme three. Gary Moore who recorded our Dragonfly breathing was a ‘Starman’ sound man, the Barn Owl chicks had a slower ‘Speed of Life’ on account of their long fledging period and our little Nuthatch ‘Runty’ was looking ‘Unwashed and Somewhat Slightly Dazed’ and at the end I wondered if he might be a ‘Future Legend’.

By four, poor ‘Runty’ had had his moment of ‘Fame’, you might have wondered ‘What in the World’ biting midges are for and our Common Sandpipers were watching trains moving ‘Station to Station’.

‘Wild is the Wind’ that blows at 35mph from the north east and chilled our Blue Tit nestlings, the wonderful Roy Dennis is one of my ornithological ‘Heroes’ whose favourite birds of prey are enjoying their ‘Golden Years’, in ‘An Occasional Dream’ you might imagine finding a Redstart whose nest full of youngsters are fittingly ‘All the Young Dudes’.

Six. The male Goldcrests’ headwear strikes a perfect comparison to the iconic plumes of ‘Ziggy Stardust’ and ‘The Width of a Circle’ as measured across a Barn Owl’s facial disc is about nine centimetres. ‘Young Americans’ who write songs about great British landmarks should get some decent bird books – yeah.

Our Peregrine falcons’ complicated family life need ‘The Jean Genie’ to be let out of its lamp to get the genealogy sorted, I was the ‘Rebel, Rebel’ who was mildly circumspect of our guest Kate McCrae’s bird feeding inventions, a Song Thrush had been raiding the ‘Moss Garden’ to make its nest and it’s marvellous how birds ‘Fashion’ these things, all in programme seven.

Eight was a bit slow, sorry, managed ‘Up The Hill Backwards’ thanks to our high angle overview of Ynis Hir and ‘Big Brother’ as one of the young Barn Owls has become a lot less downy than its nest mates. ‘Blackout’ later described the darkness in these birds’ nesting area.

So that’s 39 pre-1980 titles so far plus a few unintentionals which I don’t count and tricky ones still to do this week. ‘Wild Eyed Boy from Free Cloud’, ‘Chant of the Ever Circling Skeletal Family’ and ‘Letter to Hermione’ may be quite a challenge but there should be a few opportunities for a Hunky Dory ending.

Programme nine was the flood edition and Micheala had been unable to ‘Drive In Saturday’, our Pied Flycatchers had survived ‘After All’, a marooned caterpillar was thinking ’Somebody up there Likes Me’ and ‘Oh you Pretty Things’ was a fair description of our Redstarts from my point of view.

Ten; our largest Barn Owl chick needed to ‘Hang on to Yourself’ as it exercised vigorously in preparation for its first flight, ‘It’s No Game’ for the Goldcrests in their flimsy nest and I promised that  ‘Boys Keep Swinging’ – Martin and I would be back with further adventures tomorrow.

Eleven, one to go . . . More astonishing than the discovery of ‘Life on Mars’ is a butterfly emerging from a pupae, there was obvious ‘Repetition’ when our Pied Fly’s fledged, I described the owner of Leith garden with a single Coal Tit for company as ‘The Man Who Sold The World’, read Martin an ‘8 Line Poem’ by Wordsworth and mangled ‘Space Oddity’ into the mammal stump by splitting it over a sentence.

Twelve and ‘Across the Universe’ could there be anything more unusual than an hour old Lesser Horseshoe Bat, another poem was delivered with the grace of a ‘Cracked Actor’ and in crazed desperation to finish with a round fifty and with a classic I managed to sentence split ‘Diamond Dogs’ over a description of Otter watching and an allusion to my favourite animals being dogs.

I hope you enjoyed the game, I know I missed a few classics, and I did kick myself a few times when opportunities came and I missed them. Sorry!