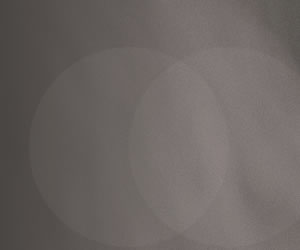 I started at the beginning and I read to the end without stopping and that, for me at least, is a rarity. But then Mark Avery is a rarity too as he has few, if any, equals in contemporary British conservation and I was absolutely itching to discover his ideas, views and visions in this eagerly awaited book.

It’s been a long time in the making, he is in his fifties, but it has been worth the wait as there is no doubt that this will be marked as a truly important book. I don’t use this term glibly either, as I can only think of one other in this category that has made it onto my shelves in recent years. But for ‘important’ please do not read in any way ‘worthy’, it’s just that here a tremendously respected figure has confronted a series of critical issues with dynamic aplomb. And I greatly enjoyed it too, I didn’t agree with all of it of course, but if anyone has the passion and reason to change minds on all matters wildlife and conservation it is Mr Avery. So I learned a tremendous amount, far better understand some key issues, sniggered at some very tasty gossip and admired the pragmatism and thinking that has formulated his authoritative views  It made me think and that is always an essential component to a good read.

It all begins so gently with typical boyhood tales of a budding birder, follows through a formative education in the company of some of recent ecology’s true giants, has several sections of fascinating science all enthusiastically explained and then charts his years of influence and success at the RSPB. But this is very much a platform for what follows, honest behind the scenes details, clear explanations of the recent evolution of this influential charity, with a fair spattering of candid criticism thrown in. It therefore addresses many of the criticisms and concerns which unsettle some of the membership, and I’m sure will lay most to rest.

Ultimately however it is the climax of the book which holds most reward because here one of our most respected and knowledgeable conservationists gets straight and serious on the issues which command so much of our concern. And I’m sure some will find controversy here. Not me, I read and saw real clarity and I felt heartened and re-assured that there are those with the courage to tell the hard truth about the health and future hopes for our nation’s wildlife. So for myself it is a triumph and if you have any real interest in the workings of saving species and their habitats then it’s a tremendously rewarding ‘must read’.

PS: I can’t wait for volume two . . . maybe he will deal with domestic cats!

Fighting for Birds – 25 years in nature conservation is available from: www.pelagicpublishing.com/fighting-for-birds-nature-conservation.html