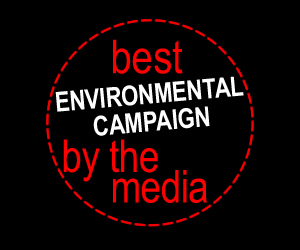 For the Best Environmental Campaign by the Media

Chris, Ruth, Jez and Luke have won the Green Ribbon Award for Best environmental campaign by the Media for their ‘Malta – Massacre on Migration’ campaign. They received their award at the House of Commons on 18th November 2014. 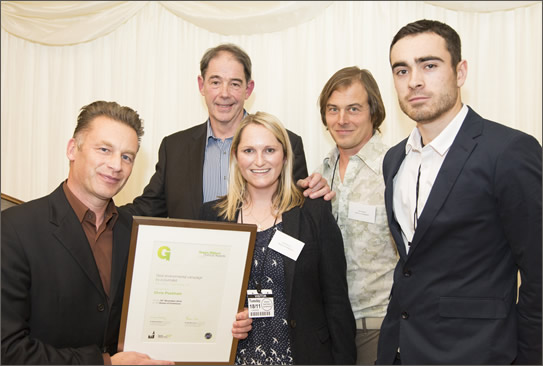 The Green Ribbon Political Awards reward environmentally active parliamentarians, businesses, NGOs and the media in the UK and abroad. The winners are decided by a high profile panel of judges such as Jonathan Porritt and environment journalist Geoffrey Lean.

Receiving the award Chris Packham said: “We are immensely flattered. We were four individuals who saw crimes taking place and wanted to do what we could to help stop the massacre of migrating birds and support the majority of Maltese people trying to fight the strong hunting lobby in Malta.” 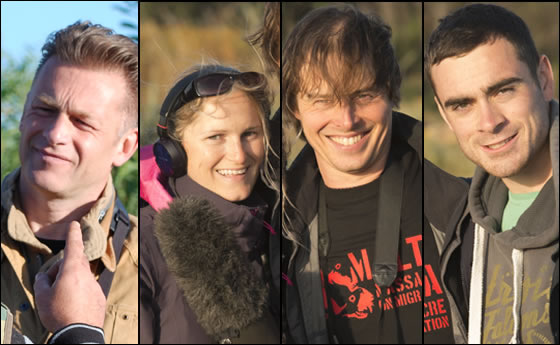 The team of four undertook a gruelling self-funded 10 day campaign In Malta in April this year. At the time Chris Packham described the situation on Malta as an ‘avian apocolypse’. They created short daily video blogs which were posted to YouTube to highlight the widespread illegal hunting of migrating birds that occurs each spring. Many thousands followed the campaign, donating funds to the charity BirdLife Malta and signing an e-petition to stop the illegal hunting.

The trip culminated in Chris Packham being questioned by Maltese Police at their Force Headquarters in Floriana. On his return to the UK he was invited to brief MPs when the House of Commons debated the “UK policy on protection of migratory birds in Malta” (7 May 2014).

“We were not seeking aggrandisement. The spring hunting season in Malta is one of the most controversial bird conservation issues in Europe. We just wanted to make a difference.”

The Chartered Institution of Water and Environmental Management, CIWEM, is an independent professional body and a registered charity, advancing the science and practice of water and environmental management for a clean, green and sustainable world. www.ciwem.org

The Green Ribbon Political Awards reward environmentally active parliamentarians, businesses, NGOs and the media in the UK and abroad. CIWEM is reinvigorating these high profile awards, founded by Environmental Policy Consultants, for 2014 prior to the General Election.

The All-Party Parliamentary Environment Group acts to raise awareness of environmental issues to both Houses and is chaired by Dan Byles MP.