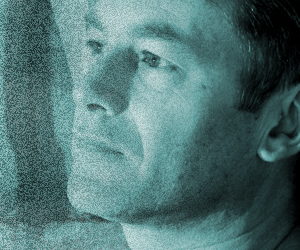 The Clash. I’ll never forget them running out onto the stage on their ‘White Riot’ tour at the Bournemouth Winter Gardens in November ’77. What followed was simply awesome. Rip-roaring full on hard in the face punk rock. Two minute manic Telecaster thrashed tunes spat super fast by Strummer, Jones, Simonon and Headon.

Buying the first album in Woolworth’s had been a life changer and after the sweat dried I bought a ticket for the Southampton gig four days later. And I kept going to as many of their shows as I could and I never saw a bad one. Yes, they posed and postured, yes their politics were confused and ultimately yes , they put the pompous into punk rock but their discography is a legendary catalogue of some of that eras greatest tunes. To have seen them, been crushed, pushed, punched and pogo-ed in the riotous frenzy was a privilege I’ll cherish forever. At the Top Rank gig Jones reached down and handed me the plectrum he had just strummed ‘Garageland’ with. It’s going in the box with me.

The opening gambit was prompted by the horrid weather right at the top of the show ‘Should I Stay or Should I Go’? I stayed because in wildlife terms it was ‘Hitsville UK’ and you couldn’t ‘Deny’ that as our montage of pin-up species showed.

The woods at Ynis Hir had all been bugged and were under ‘Remote Control’, and the behaviour of our rogue Jackdaws could be seen as ‘Hateful’ if you had been watching for the last ’48 Hours’. The ‘State of Nature’ report was ‘The Call Up’ for conservationist to get their acts in order and I wondered if there were ‘Career Opportunities’ for me at the Met’ Office after my explanation of the jet stream’s unfortunate influence upon our spring weather. Our amorous garden snails were involved in ‘Drug Stabbing Time’ as they laced their gypsobelem with bio-active chemicals to improve their chances of fertilisation. Nine down, plenty to go . . .

The vile weather was not under ‘Complete Control’ at the start of programme two either but I felt that our bullied baby Jackdaws had ‘The Right Profile’ to survive their aggressors. And we at Springwatch are not ‘Cheapskates’ when it comes to shelling out for bait in the Rodentorium. I hoped ‘The Magnificent Seven’ Water Rails’ eggs would hatch, felt that at least some viewers would like to see the Dunnock savaging Weasel sent ‘Straight to Hell’ as ‘Somebody Got Murdered’ and warned that ‘Lightning Strikes Not Once but Twice’ when it came to the potential predation of our Reed Buntings. Last year our young Barn Owls had enjoyed ‘Groovy Times’ in their nest and that brought the total to seventeen.

At the beginning of programme three it was all like a game of ‘Police and Thieves’ in our Jackdaws nest and a little later fledging was a case of ‘Death or Glory’ for our Reed Bunting chicks. The interior of that Jackdaws’ nest was a ‘Shepherds Delight’ with all the wool they had pilfered as a lining, local legend has it that the promontory at the end of the reserve is called ‘Lovers Rock’, Moles ‘Stay Free’ of predation by remaining underground all of their lives and I suggested ‘Let’s Go Crazy’ counting Kestrels for our survey. Six, bringing the total to twenty three.

To end the week the welcome sunshine provided a chance for an ‘Atom Tan’, I named our runty Great Tit ‘Rudi’ because ‘Rudi Can’t Fail’, the continued friction in the Jackdaws nest amounted to ‘Hate and War’ and it would be difficult for our parent birds to ‘Clampdown’ on this as they were busy feeding their chicks. It was actually true that we had received a report in our Kestrels Count survey from America so I implored people to ‘not stay indoors thinking ‘Im So Bored . . . With The USA’ – we should make a real effort to count Kestrels.

The Grasshopper Warblers have made a comeback thanks in part to their ‘Safe European Home’ and we went over to Iolo Williams ‘One More Time’ to hear about Hen Harriers. Which are so badly persecuted in some parts of the UK that they might be ‘Lost. In the Supermarket’ of their prey our Meadow Pipits are always on the shopping list . Thirty one . . . but these were some of the easier ones!

Week two and Great Spotted Woodpeckers had been drumming like a ‘Tommy Gun’ on my nest boxes, the music on our weekend round-up was a bit too ‘Jimmy Jazz’ for me, I’d have preferred a ‘Rebel Waltz’. ‘Look Here’ at an Australian Flatworm, new to science, discovered by a participant of our Bioblitz and despite the sad loss of our young Buzzard I said ‘I’m Not Down’ because in reality it’s all part of the cycle of life. Five, thirty six.

Wrens blast their song out with all the fury of ‘Clash City Rockers’, the pronunciation of Chough from ‘chow’ to ‘chuff’ was first noted in 1643 at the time of the ‘English Civil War’, the Great Spotted Woodpecker had broken into a viewer’s nestbox with all the panache of a ‘Bankrobber’ and our tuffty headed Meadow Pipit Family certainly deserved the title of ‘All the Young Punks’. Only four in programme two, sorry, total up to forty.

‘Life is Wild’ I told Micheala whilst describing the vicious antics of our Jackdaw intruders, our nestful of meadow Pipits had to gape to remain ‘Cool Under Heat’ and a Weasel which had predated a viewer’s nestbox was justifiably ‘The Equaliser’ as it was balancing out prey and predators in the ecosystem. The beautiful Grass Snake emerging from the compost heap was as polished and shiny as a ‘Brand New Cadillac’. Forty four.

Programme eight . . . if they had evolved to be camouflaged then Water Rail chicks might be ‘Koka Kola’ coloured and when it comes to a Grass Snake attack our fleeing Meadow Pipit youngsters needed to ‘Play to Win’ by scattering from their nest.

A man was running for a ‘Train. In Vain’ because he missed it but saw a Kestrel which he reported to our Kestrels Count Survey. Another fellow tweeted me suggesting that we post snipers to scare off the Jackdaw intruders, but of course, ‘Guns on the Roof’ wouldn’t be an answer as I’d have ‘Police on my Back’ if I organised that. In our fledging frenzy it may be that our Redstarts are the ‘Last Gang in Town’. Fifty with four programmes to go.

A bit worried about ‘Julie’s Been Working for the Drugs Squad’ and ‘Whiteman in the Hammersmith Palais’ tho’!

Week three, the migratory habits of the UK’s Water Rails vary ‘North and South’ and whilst some say that ‘Charlie Don’t Surf’ the Grass Snake certainly did when it was fleeing the pursuing Heron. When you are a roosting Long-tailed Tit you have to ‘Know Your Rights’ which include being able to push into the warm roosting huddle. While examining the sonograms of their calls I accused Micheala of looking at the back of ‘The Card. Cheat!’ I exclaimed! The Death’s Head Hawk Moth larvae would have to ‘Lose This Skin’ in order to pupate and life on top of Bristol’s buildings is a bit ‘This Is England’ for our Herring Gulls. Fifty six.

Gulls are doing well, not only in Bristol but Birmingham, Manchester and ‘London. Calling’ out over the rooftops they bring a taste of the seaside to our cities. Our superfast bunny was sliding over the slate like ‘Silicon on Sapphire’ but would not be ‘Living in Fame’ as it was not up to its full potential of 29.8 m.p.h. Next up we saw a Pygmy Shrew strolling down the ‘Broadway’ of our ‘Midnight Log’, our Rodentorium, and then I told Micheala that rather than brightly coloured I prefer my birds black and ‘White. Riot’ of colour not for me, especially not that electric ‘Protex Blue’ of the Kingfisher. Last up I enjoyed the antics of those gulls, up above the city, above the precincts, the shopville, the ‘Garageland’ of our urban chaos. Sixty four down, two shows to go.

The queen of our Buff Tailed Bumblebees was ‘The Leader’ which was relatively discreet, but then with an offer of £500 pledged to charity things got brutal when I mused that we change our favourites throughout life . . . and thus ‘Rock the Kasbah’ was my Clash track of choice but now it’s ‘Whiteman in the Hammersmith Palais’. Shameful I know but I had been thinking long and hard during every show and found no way to involve these ‘essentials’. ‘Janie Jones’ sent us a photo of a Starling fledgling . . . in truth she didn’t, surprise, surprise. Sixty eight.

Into the last programme and there was one ‘biggie’ that I really wanted to get in . . . and thus the kindly Traffic Officer, Mark Weeble, who had genuinely contributed to our Kestrels’ Count Survey had a friend . . . ‘Julie’s Been Working for the Drugs Squad’ and had spotted a Kestrel on a bust. An embellishment, but as the great Oscar Wilde said, an anecdote is only worth recounting if it’s worth embellishing! I had just previously dropped ‘Something About Engand’ into the same report bringing the total to seventy.

Well, that was it, O.C.D. dictates that I had to finish on a ’round’ number. Viewers had also heard ‘Cheat’, ‘1977’ and ‘Do it Now’ but I must confess these were unintentional. So seventy, 8.75 per programme, one every 10.285 minutes, a great band and the best I could do spontaneously whilst rattling on about wildlife.

I hope you enjoyed it and I wonder if Joe would have too? I like to think so.