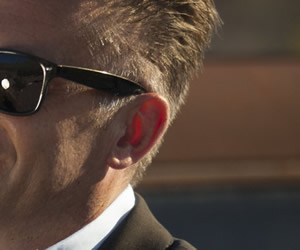 With its art house styling and ultra cool delivery this is natural history as we haven’t seen it before. No cute and cuddly. Chris Packham and series producer Aaron Paul deliver an edgy, explosively different series.

From an abandoned town in the Nevada desert Chris delves into the secrets behind bizarre science, animal oddities, crazy weather, medical marvels and remarkable natural phenomena. Using state of the art science, expert analysis and eyewitness accounts he examines the evidence, tests the theories and unlocks the answers.

Nothing about this incredible series is what you’d expect

“Let’s face it our world is downright weird. It’s crawling with creatures you’ve never heard of. Full of the unexpected and the unexplained.”

The multi-talented team scoured the globe for the very weirdest stories. They examined the evidence, tested the science, unraveled the mysteries to discover … “what in the weird world is going on?”