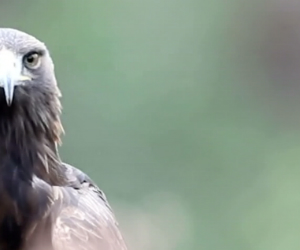 Two young satellite-tagged golden eagles have disappeared in suspicious circumstances, within hours of each other, on the same Scottish grouse moor.

The two eagles, named Adam and Charlie, were being monitored by TV broadcaster Chris Packham and Dr Ruth Tingay of Raptor Persecution UK as part of a wider scientific study into the movements of young golden eagles in Scotland.

Adam and Charlie vanished from the Auchnafree Estate in the Strathbraan area of Perthshire on the morning of 18th April 2019. The eagles’ satellite tags, which had been working perfectly well for one and two years respectively, suddenly and inexplicably stopped working (Charlie’s at 06.25hrs and Adam’s at 11.39hrs) just 3.4km apart. Both the tags and the eagles have since been untraceable.

A police-led search of the eagles’ last known locations on the grouse moor has failed to yield any further information about their fates. There is no evidence to suggest the estate’s involvement with these disappearances. 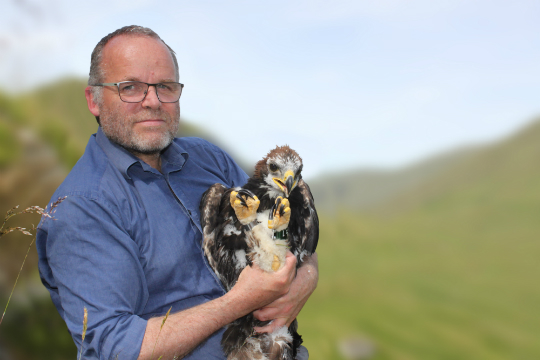 One of the eagles, ‘Adam’, had been named and adopted by Andy Wightman MSP in June 2018. Wightman is the Scottish Parliament’s Species Champion for the golden eagle and had visited the eagle’s nest site last year to watch researchers fit the bird’s satellite tag. He’d named the eagle Adam as a tribute to the late ecologist and mountaineer Dr Adam Watson.

Both Adam and Charlie had hatched at separate nests in the Loch Lomond & Trossachs National Park in 2018 and 2017 respectively, and their satellite tags had allowed researchers to follow their movements with incredible precision.

A third of all satellite-tagged golden eagles have disappeared without trace on or next to a driven grouse moor.

The circumstances of Adam and Charlie’s disappearances, in a region previously identified as a raptor persecution hotspot, are virtually identical to the suspicious disappearances of more than 50 satellite-tagged eagles in Scotland, as revealed in a Government-commissioned report* published in 2017.

That report found that almost a third of all satellite-tagged golden eagles have disappeared without trace on or next to a driven grouse moor in known raptor persecutions hotspots, giving rise to what Environment Cabinet Secretary Roseanna Cunningham called “legitimate concerns” that high numbers of golden eagles continue to be killed in some areas of Scotland each year.

In response to that report’s findings in 2017, the Cabinet Secretary ordered a review of grouse moor management practices with a view to introducing a licensing scheme for game-shooting estates. The review is due to be published this summer.

Andy Wightman MSP said: “I am shocked and devastated by the disappearance of Adam, a young golden eagle, whom I spent time with when he was nine weeks old. The cold rage that I felt when I heard of the circumstances of his disappearance has now developed into a determination to discover his fate.

This latest outrage should be a wake-up call to the Scottish Government that for all their reviews, inquiries and reforms, rampant criminality remains in place across many of Scotland’s driven grouse moors”.

Chris Packham said: “We can’t prove that harm has come to Adam and Charlie, nor who might have been responsible, but we can look at the circumstances, look at the science, look at the wider evidence and draw plausible conclusions. The Scottish Government has already acknowledged that illegal raptor persecution is an ongoing problem. How many more golden eagles do we have to lose before that same Government takes effective action?”

Anyone with information about the suspicious disappearances of Adam and Charlie is urged to contact:
Police Scotland on 101 or
RSPB’s confidential raptor crime hotline 0300 999 0101.

*Click here for analyses of the fates of satellite-tracked golden eagles in Scotland.