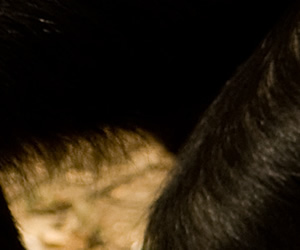 News from Isle of Wight Zoo

Time flies when you’re having fun – and looking after a zoo! Unbelievably, it was back in January that I last blogged and now the summer is almost upon us. It’s been a hive of activity here putting plans in place to ensure we make the most of the school holidays while also carrying out site improvements to animal accommodation and visitor facilities.

The winter here is always rather challenging as we’re just a stones throw from the sandy shores of Sandown Bay so we tend to get beaten up by the wind, rain and occasionally waves! Although we have a protective arm around us in the shape of an old Napoleonic fort, which forms the frontage of the site, it can still get pretty vile so we spent the core winter months working on a very important indoor venue – the café! In the height of the season we might have to cater for up to 1000 people a day, all with growling tummies and tempers which can be tested if their chips don’t arrive on time so we needed to extend our facilities and invest in more equipment to cope with demand. Our catering team are now busy finalising a tasty menu which will offer local and homemade, healthy snacks while also being sympathetic to sustainable practices. 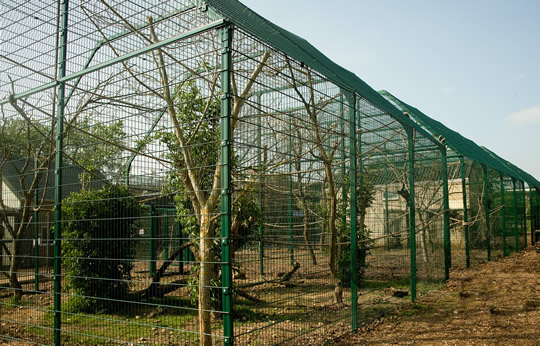 The latest big outdoor project has been a complete re-build of our main primate complex which houses a trio of capuchins and two groups of spider monkeys. We were fortunate to secure some sponsorship from one of our suppliers for this investment and we brought in contractors to build the three new spacious habitats. 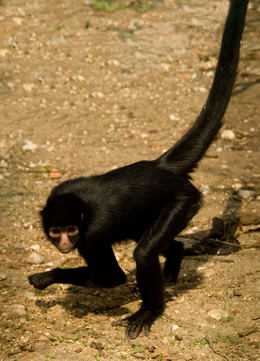 Of all the residents of the zoo these primates would probably get the best grade in an appraisal for effort when it comes to engaging the visitors. Both species are native to S. America, the spider monkeys love living the high-life and can be found 30 metres in the tree canopy. Over the years they’ve lost their thumbs to help them brachiate like acrobats through branches.

The capuchins are always on the go and in the wild spend the majority of their day foraging for food which can include shellfish and even other primates. If a wild bird happens to detour into Harley, Timmy and Bailey’s accommodation it can lead to a rather violent end – much to the horror of on-lookers. The animal team have to constantly innovate new puzzles and other methods of taxing their brains to keep them mentally active, they’re so bright that they are trained as home-helps for disabled people in the US!

Work goes on to reunite Simi and Darco 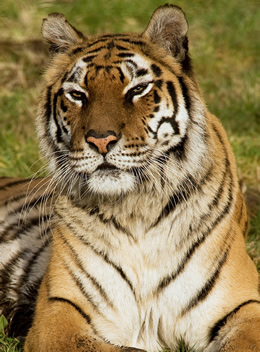 Simi the ex-circus tiger, who joined us in January, has made herself very much at home. It’s been a humbling experience getting to know this dear cat who, despite being abused by humans for 8 years, is surprisingly affectionate and laid-back. She’s been a bit wobbly on her hind legs, it’s likely that poor historical health care and/or physical trauma is to blame but she’s responding to medication at the moment.

We’re now working on the case of Darco, another rescue tiger who we met at the centre in Belgium when we collected Simi. He’d been living for all of his 18 years in solitary confinement in a Croatian zoo which was eventually closed down. 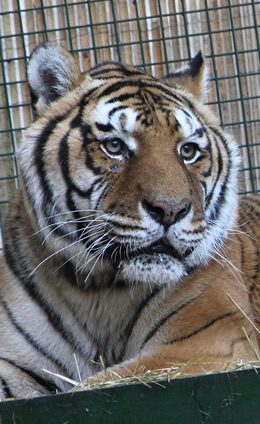 He and Simi had become friends since he’d moved in just 6 weeks before she left for our green and pleasant land. I knew I’d never forget the look on his face as he watched his new feline friend being carried off in a crate. . . So it’s hardly surprising that we’re now hoping to offer him permanent residence at the zoo. Assuming his health-checks are positive we’ll start a short-sharp fund-raising campaign to secure the funds required to accommodate him at the zoo. It would be tremendously rewarding to reunite Darco and Simi after their respective ordeals – this will be a great motivator for making it happen.

Maximising our potential to provide care for unwanted, rescued or confiscated exotic animals is at heart of our organisation but continuing our work over the years has been, at times, excruciatingly difficult due to financial constraints. We’re now, in our 40th year anniversary, entering into the process of converting the zoo to a charity and that should relieve some of these pressures. Just last year one of the Isle of Wight’s long-standing animal attractions sadly closed its doors; keeping going in the face of rising operational costs is a real challenge. We need all the income we can get and feet through the door is paramount to this as we received no government subsidies.

Just a few weeks ago Horizon considered the question ‘Should We Close Our Zoo’s?’ www.bbc.co.uk/programmes/b07891ch. Overall the documentary raised and debated some meaty topics which need to be chewed over in a public forum but I couldn’t help feeling that a disproportionate amount of air-time was weighted against zoos, fixating on niche examples of problematic welfare e.g. orcas in Seaworld, and seemingly disregarding totally the ways in which zoos positively influence behaviour change. When we bring our heads out of the sand we all know that the reality is that, at the present time, we have no other option but to offer refuge to animals (those individually in need of life-long support or threatened species) within managed environments and, for now at least, that often means in zoo-style facilities. So, in my mind, the more people that visit us and invest in us, the better the standards of care and welfare will become. 40% of the UK population visit zoos and aquariums and this statistic reaches across a more diverse demographic than perhaps any other recreational equivalent. Good, modern zoos are uniquely placed to do so much more than simply nurture animals, apart from anything else we can inspire fellow humans to take meaningful action to help win battles for biodiversity.  This is a great site to steer you towards some of the UK’s best zoos: www.biaza.org.uk/find-a-zoo.

Of course I’d love to tempt you down to the IOW Zoo, we’re literally 2.5 hours door-to-door from central London , and there are easy links over the Solent via these ferry companies that also offer packages to the zoo:
www.wightlink.co.uk/top-attractions/isle-of-wight-zoo
www.redfunnel.co.uk/island-guide/days-out-to-shout-about/isle-of-wight-zoo-tickets

Half Term is ‘Love Your Zoo’ week 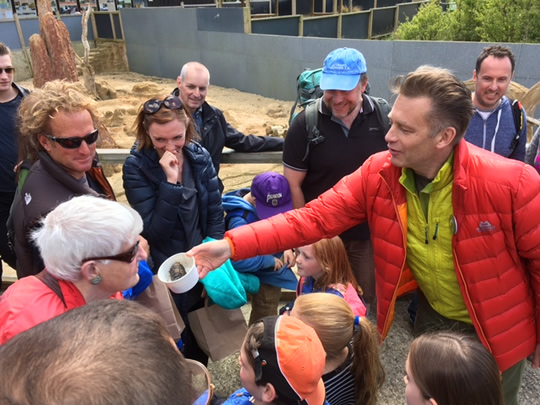 We have a tantalising calendar of events stacking up throughout the year. Our star event is ‘Poo at the Zoo’. Yes, you read it right! This is an event not to be sniffed at with the ‘National Poo Museum’ now causing a stir inside the guts of the fort. Chris joined us for a ‘Really Wild About Poo’ day in early May and he was, of course, in his element quite literally talking crap to all those who wanted to learn more about the importance of excrement. For example, did you know that poo contains DNA which can be extracted by scientists to help calculate population densities of endangered animals like tigers? Anyway, feel free to visit the Poo Museum online www.poomuseum.org (we even have dinosaur poo on show!). This coming half-term is ‘Love Your Zoo’ week with lots of extra fun things going on plus, naturally, a ‘Love Your Poo’ theme! 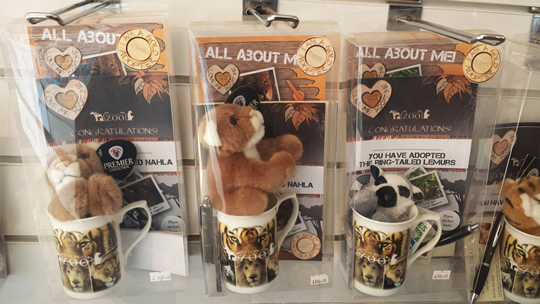 One of the members of our retail team, Kayleigh, is busy jazzing up our adoptions, experiences and membership zone and she’ll be tasked with promoting our unique range of extra-curricular opportunities to get closer to our  special animals and contribute further to their care. These packages make supa dupa gifts too for the wildlife lover in your life:
www.isleofwightzoo.com/love-me-adopt-me.aspx
www.isleofwightzoo.com/animal-experiences.aspx

Well, this blog seems to have, as usual, gone on longer than intended! It’s just that there’s always so much to say it’s difficult to know when to stop. So, for fear of being accused of verbal diarrhoea (you can imagine the puns flowing from ‘Poo at the Zoo’) I’ll sign off and thank you for reading – assuming you reached the end!