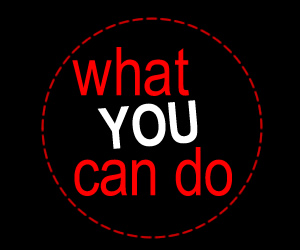 Malta on the political agenda . . .

The House of Commons debated the “UK policy on protection of migratory birds in Malta” on Wednesday 7 May 2014. 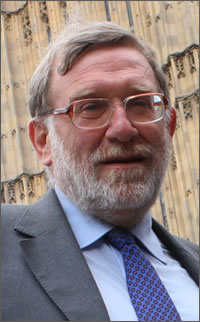 Sir John Randall is an immensely well regarded Member of Parliament, having been Deputy Chief Whip and treasurer of Her Majesty’s Household under the current government. He is a politician who knows all the ropes, is an intelligent and affable public servant, one who took a firm stand against the Iraq war and is universally liked by his colleagues across the political spectrum.

He is also celebrating fifty years membership of the RSPB . . . and not too many can add that to their Westminster credentials! He has been a lifelong and passionate birder and acted as a tour guide around the world so it was exciting but not too surprising that he proposed and was granted a debate on the Maltese issue in Westminster Hall this Wednesday.

Prior to the debate I attended a half an hour briefing with John and I’m pleased to say that we were joined by MPs’ Simon Kirby, Robin Walker, Penny Mordaunt and Tracey Crouch. Grahame Madge and Tim Stowe from the RSPB were also there as was the well known birding journalist Stuart Winter. All the MPs were aware of the situation and keen to learn more of the detail both ornithological and political. There was constructive discussion as to how more pressure might be brought to bear on the European Commission and universal agreement that it was important to find means of showing our clear support for the vast majority of the Maltese people who are opposed to spring hunting.

I think it is fair to say that all were both shocked and dismayed by my accounts of the illegal hunting and the belligerent attitude of the hunting fraternity in Malta and also the way in which the derogation, the exemption from the European Wild Birds Directive, had been secured by the Maltese Government and how badly it is abused. It was refreshing but obvious that all in attendance saw this as a European or global issue irrespective of their views of the EU and our membership of it and that all were keen and determined to devise and support a democratic means of ending this despicable travesty. John also pointed out that he had notably received many comments and questions from MPs who had been made aware of this via Twitter, so thanks to all those who tweeted.

We then moved onto Westminster Hall for the debate. It was attended by a total of eight MPs and the Under Secretary. Now I’m told that such debates normally only attract one or two MPs so this is a really good showing. Those present are listed below – thank you all for taking the time to attend.

You can read the transcript of the debate on the Hansard record here: http://tinyurl.com/ktvkf69
or watch it here (you will need Microsoft Silverlight installed):
http://www.parliamentlive.tv/Main/MeetingDetails.aspx?meetingId=15369

There are many notable points raised through John’s erudite and eloquent delivery and by the re-enforcements highlighted by those who interjected. Several are worthy of separate note, firstly that it is clear that this is not an ‘anti-shooting/hunting’ issue and that the responsible shooting fraternity in the UK are bound to be as appalled by the illegal killing as anyone else, shooting roosting Montagu’s Harriers at night on the ground in torchlight isn’t sport – it’s insane slaughter.

Secondly that there is uncompromised respect for the Maltese peoples’ widespread opposition to this issue and a desire to support that through their democratic processes. There is also a shared feeling that the European Commission must pay more attention to the reports and data submitted by agencies like Birdlife Malta with regard to the legitimacy of the derogation. And for me at least of encouraging note is that George Eustice had already taken the opportunity to raise this issue with his Maltese counterpart Roderick Galdes, Parliamentary Secretary for Agriculture, Fisheries and Animal Rights. So as a result of this campaign a British minister has been talking to the Maltese Government direct about our views and concerns and if nothing else, that is a result.

This is significant but probably won’t have much of an immediate effect. So we will continue to campaign and on that account there is more to come . . . 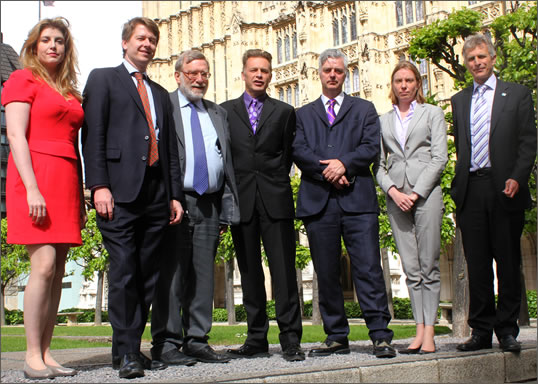 Ministers in attendance at the debate