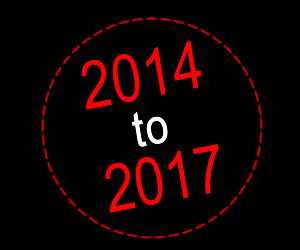 When I went to Malta in the Spring Hunting Season in 2014, myself and the team experienced the devastating consequences hunting has on the thousands of the birds that migrate over this Mediterranean tourist hotspot. I met with some of the remarkable people who work tirelessly to protect and rescue birds under incredibly difficult circumstances. I also witnessed first-hand the challenges they face with aggression from hunters and a clear lack of enforcement at police and government level. With more hunters per square metre than anywhere else in Europe and a derogation in place effectively allowing them to target at least some migrating birds, the whole ugly scenario could easily have been deemed hopeless.

But since that first visit our team have returned to Malta annually to follow the progress that BirdLife Malta and other organisations are making to bring an end to the abhorrent practise of spring hunting. In 2015, the country held a referendum and the people of Malta really started to openly talk about this issue as an outdated tradition.

But progress remains slow . . . this year fifteen protected birds were reported killed to BirdLife Malta during the spring hunting season. Sadly this is just the tip of the iceberg. Much of the shooting happens on land where there are strict trespass laws, making it impossible to assess the full picture of slaughter.

Then this year I once again ended up being arrested and questioned by police when all I was doing was reporting a clear illegality. Needless to say, in a lively and entertaining courtroom, all the charges were thrown out and the hunters and the police derided by the judge for behaving inappropriately. Telling however is the fact that the hunter was never charged and never brought to justice.

This I’m afraid is Malta in the twenty first century, still acting illegally, still not enforcing the laws that do exist, still damaging the populations of critically declining bird species. It’s a tough place to stand up for birds and we salute those who do it in the face of intimidation and physical harm.

This video will bring you up to date and summarise key happenings from the last four years: hunters at work, birds being killed, birds being saved by the vital work of the Committee Against Bird Slaughter (CABS) and BirdLife Malta. There are also the two visits to the police station!

To fund an urgent and much needed expansion of their work to rescue and rehabilitate more birds, BirdLife Malta have just launched a crowdfunding campaign.

What you can do to help

MORE ABOUT THE WORK OF BIRDLIFE MALTA
birdlifemalta.org