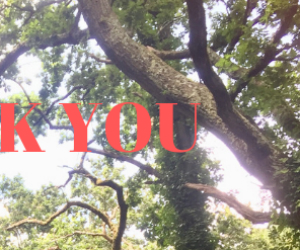 Its not my usual topic but because there is a huge environmental impact afoot lets start with money. HS2 is going to cost at least £100billion. Let me spell that out for absolute clarity . . . one hundred billion pounds. Wow!

Boris Johnson highlighted this astronomical cost in his leadership debate and also acknowledged that HS2’s business case is ‘dubious’. Ed Balls has said there’d be no blank cheque for HS2 and Jeremy Corbyn, who originally voted against it over cost concerns when the budget was £33billion, has recently voted for the project . . . even though the estimated budget has tripled . . . To quote Jonathan Pie “What’s going on there then?” https://hs2.jonathanpie.com/ I dunno , money eh , I’ll get back to my area of expertise.

You see I’m pre-eminently interested in the #ClimateEmergency this government has declared, motivated by my wider concerns regarding the sixth mass extinction of plants and animal species we, that’s you and I, as citizens of planet earth, are precipitating.

HS2’s strapline is ‘Engine For Growth’, but in the grimacing face of that #ClimateEmergency the basis upon which we measure growth needs to be urgently re-evaluated. As already highlighted HS2 appears to be a bad financial investment, but when you factor-in that it is also is effectively an enabler of one of the worst things we could now do –  orchestrate large-scale aviation growth it becomes morally and ethically worse. Then factor-in the largest deforestation programme in the UK since World War 1, and the destruction and damage of over 100 irreplaceable ancient woodlands and all the biodiversity they support (including endangered Bechstein’s Bats, Black Hairstreak Butterflies, and many pairs of Barn Owls). And its clear that HS2 is a totemic symbol of yesterday’s ideas, a first class ticket to ecological ruin. Yes, this project already embodies out of date thinking in an age where we should be investing this huge capital sum into solutions that restore, not destroy nature. We must keep in mind that the economy is a subsidiary of our eco-systems – not the other way around.

So where are the plans for a future that protects and restores nature at the same time? Since the declaration of our #ClimateEmergency, I haven’t seen any clearly articulated by any of our political parties. Surely we should be kick-starting a clean energy transport revolution through electrification of trains and cars, transport systems that work within cities rather than between them, and most of all a digital infrastructure that simply minimises our need to travel. We need forward facing connected solutions, not old school, short sighted mega projects like HS2.

Ask your MP to scrap HS2 by clicking here.