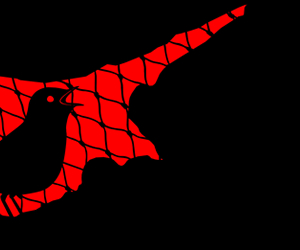 Every year in autumn, migratory song birds travelling from Northern Europe to their wintering grounds in South Eastern Europe and Africa are trapped and killed in Cyprus on an industrial scale. This practise is illegal with birds being sold as food for big money. I returned to Cyprus in September to catch up with the Committee Against Bird Slaughter (CABS) who spend nights looking for trapping sites so that they can be reported to the authorities and, where possible, birds released and saved. I was keen to see what, if anything, had changed since my visit last year.

This year, I was joined by Megan McCubbin and Georgia Locock who have made some videos of their own too. Megan is a zoology student with a passion for stopping wildlife crime. She has experience dealing with the rescue of animals in potentially dangerous situations, having volunteered with Animals Asia to help bears caught up in the bile trade and subsequently made a documentary for BBC3 about this. Georgia is also a student, and a remarkable birder, with a real drive to make a difference when it comes to conservation. In Cyprus, she took a particular interest in the work of Birdlife Cyprus reaching out to school children through a variety of engaging methods, as well as getting stuck into seeing what the problem was all about on the ground.

We’ve released these videos by all three of us, so that you can see the some of the latest science, education and news when it comes to the slaughter of migratory birds over Cyprus.

You can read more about some of the science in Megan’s Vlogs about population, genetics and migration in relation to Cyprus here:

Pulido, F. and Widmer, M. (2010) Current selection for lower migratory activity will drive the evolution of residency in a migratory bird population. Proceedings of the National Academy of Sciences of the United States of America. 107 [16], 7341-7346
Available from: http://www.pnas.org/content/107/16/7341.abstract

Pulido, F. and Widmer, M. (2005) Are Long-Distance Migrants Constrained in Their Evolutionary Response to Environmental Change?: Causes of Variation in the Timing of Autumn Migration in a Blackcap (S. atricapilla) and Two Garden Warbler (Sylvia borin) Populations. Annals of the New York Academy of Sciences. 1046, 228–241
Available from : http://dx.doi.org/10.1196/annals.1343.020

If you want to find out more about the the problems birds face as they migrate over Cyprus and ways you can help, please visit