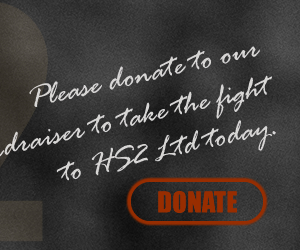 Broadcaster and naturalist Chris Packham CBE is challenging the decision of the Prime Minister to give the go-ahead to Europe’s largest infrastructure project HS2, arguing that it will have severe negative impacts in a time of ecological and climate emergency.

Mr Packham believes that HS2 will damage or destroy almost 700 wildlife sites, including over 100 Ancient Woodlands. He argues that the climate impact of HS2 is expected to be incompatible with any Net Zero emissions target, not least because the line will facilitate the large-scale expansion of airports across the UK.

Law firm Leigh Day has sent a Pre-Action Protocol letter on behalf of Mr Packham, arguing that the decision to give the go-ahead to HS2 was unlawful because it relied on the flawed ‘Oakervee review’ process and did not take into account the full environmental costs of the project.

“We live in a time of absolute crisis. Our future and that of the planet upon which we live and depend is critically threatened. Therefore, we look to our leaders not just for good, but for great governance. We ask for best informed decisions to be made in the terrifying face of a declared climate and environment emergency. Every important policy decision should now have the future of our environment at the forefront of its considerations. But in regard to the HS2 rail project I believe our government has failed. I believe the review central to the mandate to proceed was seriously flawed in its methods. I believe that essential submissions regarding environmental concerns were ignored by the review panel. As a consequence, the Oakervee review is compromised, incomplete and flawed and thus the decision to proceed based upon it is unlawful. Today some of us are making a last stand for nature and the environment and we will not go quietly into any good night.”

According to Mr Packham, the report of the Oakervee review failed to adequately provide a thorough assessment of the issues, including the environmental costs of construction and of climate change. Sections of the report dealing with environmental impacts concluded that the climate change impact of HS2 is likely to be close to carbon neutral. However, the report failed to quantify and address the full impact of emissions arising from HS2’s construction and operation – all at a time of declared climate emergency.

Mr Packham argues that the failings in the report result from a fundamentally flawed review process. He claims that the review was biased towards accepting HS2 evidence and important information, including in relation to environmental impacts, was difficult to access or not considered at all. It is also reported that panellists were too busy to contribute effectively to the review process and, on occasion, were even excluded from important meetings. It has also been suggested that the final report may have been influenced by the Chair and officials from the Department for Transport following the conclusion of the formal review process in November 2019. The Deputy Chair of the Oakervee review, Lord Berkeley, went so far as to state that Ministers had “misled Parliament” on the soaring costs of the project. The current estimate of completing HS2 now exceeds £106 billion.

Since the initial environmental statement for HS2 Phase 1 in 2013, the Government has signed the Paris Agreement and committed to a policy of achieving net zero by 2050. In his legal case Mr Packham argues that the Prime Minister’s decision relies on the mistaken understanding that the Oakervee report had taken carbon emission impacts into account, such as the facilitation of airport growth and expansion outside of London.

In September 2019, Mr Packham threatened legal action against the Transport Secretary’s decision to allow HS2 Ltd to press on with enabling works that would have caused irreparable damage to at least 13 Ancient Woodlands along the Phase 1 HS2 route before the Prime Minister decided whether the project should proceed at all. The Transport Secretary conceded the challenge before it got to court and works at Ancient Woodlands were paused.

“The Government committed to base its decision of whether and how to proceed with HS2 on the output of a review that the public was assured would be rigorous and independent and would consider all the existing evidence and the full range of the costs of the project. Our client considers that the review has failed to meet those promised standards. He argues that the flawed process of the review means that environmental impacts relevant to the decision whether to proceed have not been properly assessed. In a time of unprecedent ecological catastrophe, he is clear that the law, and moral logic, require the Government to think again.”

Chris is fundraising for his case on CrowdJustice.