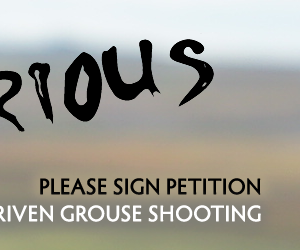 A bird survey that was reported to have taken place on a managed grouse moor in the Pennines has been widely quoted in the media this week. The report arising suggested that 800 pairs of Lapwing, 400 pairs of Curlew and 100 pairs of Golden Plover were present, and that 89 species of bird were seen. These results have been used as evidence that moorland managed for grouse shooting is good for birds.

These figures have been attributed to the British Trust for Ornithology (BTO), but this claim is erroneous. This fieldwork was not carried out by the BTO and did not use the rigorous statistical methods employed by BTO in order to produce accurate estimates of this type.

The organisation wishes to make it clear that the quoted figures should not be attributed to the BTO.

BTO is a charity dedicated to providing scientific information to inform decisions about birds and their habitats. Whenever possible we make our evidence available for use by all stakeholders.

The BTO is the UK’s leading bird research charity. A growing membership and up to 60,000 volunteer birdwatchers contribute to the BTO’s surveys, collecting information that underpins conservation action in the UK. The BTO maintains a staff of 100 at its offices in Thetford, Stirling, Bangor (Wales) and Bangor (Northern Ireland), who analyse and publicise the results of surveys and projects. The BTO’s work is funded by BTO supporters, government, trusts, industry and conservation organisations.