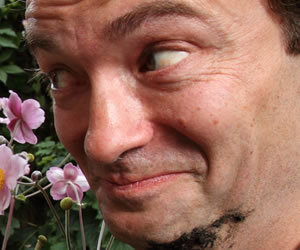 I didn’t grow up as a massive nature expert. Just average, I reckon. I can spot buzzards and I know what an adder looks like, but I was at a loss to identify the ‘raggedy’ bird that my daughter pointed out – and which my mum later pinpointed as a Lapwing.

I did grow up loving the green spaces around my suburban childhood home, though. As soon as I got home from school I used to throw down my bag and head out into the garden or to the park.

On the fringes of Canterbury in Kent, I had the free range of about one square mile of territory. My mum grew up playing in 50 square miles of moor and heathland. My own children, living in south London, can only roam freely in the back garden – about 10 square metres.

Until recently, my children didn’t want to spend time outside. I had to drag them off the iPad for walks in the park. The tantrums were awful.

A tiny fraction of her life spent outdoors playing

Calculating how my daughter spent her time I found out nearly a quarter of her life was consumed by screens. Just 4% of her time was spent playing outdoors – the same amount of time as she spent in the bathroom.

My daughter’s experience is not unusual. It’s replicated across the UK. Children are retreating indoors. Their knowledge and understanding of the natural world is on the decline. As they increasingly live their lives isolated from the outdoors, children’s health and wellbeing suffers.

I wanted to find out why British children are becoming disconnected from the wild. I made a film, Project Wild Thing, charting my journey. Deciding that nature needed a helping hand, I appointed myself the ‘Marketing Director for Nature’. With the help of children, teachers, brand experts, conservationists and an eagle owl called Merlin, I developed a marketing campaign to show nature as the ultimate adventure for kids. Posters of my daughter licking a frog went up on billboards at stations across the country. I dressed up as a giant squirrel and toured fairs, high streets and stations, handing out flyers.

We did well. Children got excited about climbing trees. Parents we spoke to nodded their agreement when we talked about needing to get kids outdoors.

But there was only one of me and there are millions of children in the UK. I couldn’t hope to reach them all alone. My competitors – the marketing directors of Mattel and Apple – have marketing budgets that dwarf mine. 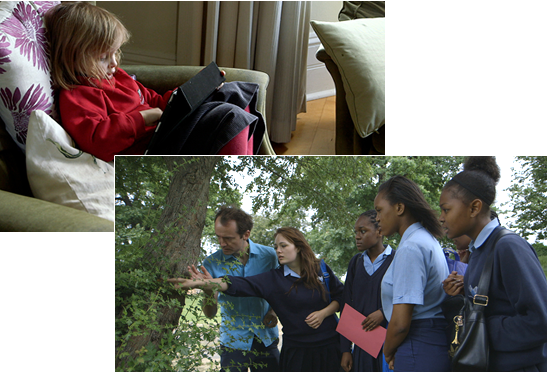 Then a movement began to spring up. A growing body of organisations – conservation charities, play organisations, healthcare professionals and more – emerged to campaign on reconnecting children with nature.

The Wild Network was launched in late 2013 with the release of the Project Wild Thing film. The movement is growing fast, with over a thousand organisations and thousands more individual supporter.

The Network is for everyone who wants the kids of today to roam free, play wild and connect with nature. Everyone is welcome to join – it is free – and will help re–wild a generation [www.projectwildthing.com].

The rationale is clear and Chris Packham nailed it when I interviewed him for the film [http://vimeo.com/72894261] ‘The species that’s closest to extinction out there in British woods and waysides is the kid. You just don’t see them anymore.’