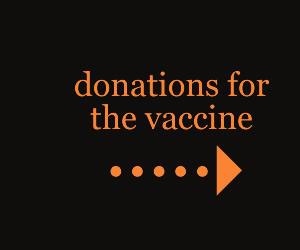 Vital work to save Red Squirrels

The Wildlife Ark Trust are undertaking vital work to save this endangered animal. Below is their guest blog which explains why they’re raising funds urgently needed for the squirrelpox vaccine.

The squirrelpox virus (SQPV) is a lethal disease that is carried by the grey squirrels. It does not harm the greys but it is fatal to nearly all the reds that become infected. Mortality in the reds is estimated to be 90+%. A recent report suggested that reds were developing immunity to the disease when in fact the reds that were found to have the virus antibody would be some of the tiny number of survivors from a previous outbreak of the disease. Some believe that the survival rate for reds could be less than 5%.

The reds die because they get secondary infections via the virus lesions or they are blinded by the lesions and starve to death. So, instead of a large number of greys taking five years to clear a wood of red squirrels, one grey squirrel with the virus can achieve virtually the same devastation in three weeks.

If we don’t defeat the squirrelpox virus the resultant red squirrel population will be miniscule and unviable. And we will lose the reds forever.

The good news is that seven years ago the Wildlife Ark Trust recognised the threat posed by SQPV and raised £315,000 to fund research by the Moredun Research Institute into the development of a squirrelpox vaccine to protect the red squirrels against the disease.

An effective vaccine which protects the red squirrels against the virus has now been discovered but it is not the finished article and needs to be modified.

Dr Craig Shuttleworth of the Red Squirrel Trust Wales said, “Of all the current conservation initiatives, I consider the squirrelpox vaccine research the one most likely to prove to be the saviour of the red squirrels.”

The importance of the squirrelpox vaccine project has now been endorsed at government level internationally by Denmark’s Nature Agency which stated that the squirrelpox vaccine will be “an important management tool”, Norway’s Ministry of the Environment which congratulated the Wildlife Ark Trust on “the discovery of a candidate for an effective squirrelpox vaccine”,  Estonia’s Ministry of the Environment which supports this “vital cause”, Austria’s Ministry of Health which lends its “moral support to the work of generating an effective vaccine”, Poland’s General Directorate of Environmental Protection, Spain’s Ministry of Agriculture, Food and the Environment which “highly values the work being carried out by the Wildlife Ark Trust for the conservation of the red squirrel” and Ireland’s National Parks & Wildlife Service whose Dr Ferdia Marnell stated, “The development of an effective, targeted vaccine that could help protect wild red squirrel populations would be a significant step forward in red squirrel conservation and I commend the work of the Wildlife Ark Trust in this regard.”

Please note
If the attenuation appeal raises more than the required amount then the excess will be used for the charity’s other red squirrel conservation work.

RED SQUIRREL IMAGE ABOVE
This photograph was supplied by Sarah McNeil, Photographer, and used with kind permission.