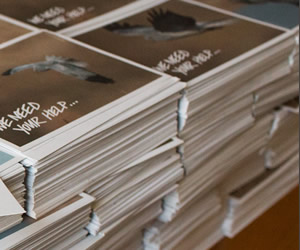 The havoc driven grouse shooting causes people and wildlife through the intensive land management needed to achieve high levels of red grouse for people to shoot.

Please write to your MP

Now’s the time to take constructive action and urge our MP’s to represent our views at the hoped-for Parliamentary debate to ban driven grouse shooting.

The Real Price of Grouse: Subsidies

Even if you have no desire to visit a grouse moor or shoot grouse you’re still paying for it. The government pays a subsidy to moorland farmers or grouse moor owners.

Chris says we can’t be lied to any more as Brian May asks him some penetrating questions about Hen Harriers and driven grouse shooting.

The Real Price of Grouse: Flooding

Does burned moorland support much life? And what effect does it have in the valleys during heavy rainfall? Please sign the petition.

You’d expect to see Buzzards, Kestrals and Peregrines on a Grouse moor, even an occasional Merlin, Red Kite or Hen Harrier but where have all our raptors gone?