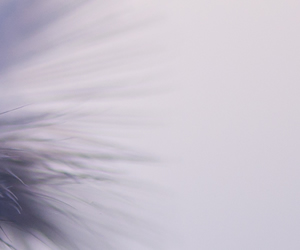 Chris is an enthusiastic supporter of many wildlife, conservation or environmental charities. He gives generously of his time to travel widely helping motivate, inform, educate and enthuse. As you can imagine, he’s not one for pulling punches, and this sometimes means that he can help those charities by going a few steps further than it would be practically or politically sensible for them to do themselves. Chris enjoys exciting people’s passion, he does not mind playing the devil’s advocate once in a while because he firmly believes that whatever the method we choose to use as individuals, groups, charities or communities it’s the result that counts.

Chris is the president of these organisations & charities

Please check out the links for more information, and seriously consider getting involved, joining and contributing to those where you either have a direct interest or an ability to make a difference.

The Bat Conservation Trust (2006 ’til the present)
Chris recently undertook this position as he has had a lifelong interest in bats and is keen to help bring this often misunderstood and misrepresented group of animals to the forefront of contemporary conservation.
www.bats.org.uk

The Hampshire Ornithological Society (2000 till the present)
It was a tremendous honour to be asked to assume the position of president of this society as those who preceded him list amongst the most eminent ornithologists of all time. The society does invaluable recording work and produces an exceptional annual Bird report and very good newsletters. The website can be a forum for some pretty heated debate so it’s always worth a look! Unless you are Lee Evans!
www.hos.org.uk

The Southampton Natural History Society (2006 till the present)
At the behest of his parents who feared that he was becoming a social outcast Chris was dragged, literally, to one of the society’s field meetings when he was 10 or 11. As a punk rocker he later gave a lecture to the assembled members which some remember more for his outrageous physical appearance than for all the things he told them about the local Kestrels. They gave him £25 . . . he spent it on peanuts which he fed to badgers to help him measure their territories. There’s lots of history and it’s a great honour for the local lad to be the post punk president!
www.sotonnhs.org

Chris is vice president of these charities

RSPB
I was recently invited to become a new Vice President of the RSPB and duly accepted. Of course it was a great honour, the charity is a formidable force in conservation in the UK, indeed globally, and like many I have been a keen and long term supporter. When I think back to those days cycling around Hampshire, my Boots binoculars bouncing around my handlebars, my rain soaked ‘Heinzel, Fitter and Parslow’ in my Parka pocket, thinking that the first Grey Wagtail I’d seen was an adult male Baltimore Oriole I’d have fallen off if I had even dared to dream that I would one day open a letter from Ian Newton, one of my lifetime heroes and mentors, containing such an offer! I shall do my best to represent them and to play any small role I can at this interesting and challenging time in their history. Just don’t tell anyone that I still struggle every spring to separate and re-learn the songs of Blackcap, Garden Warbler and Lesser Whitethroat! I don’t know what’s wrong with me, I’m fairly good visually – once I’ve seen a bird anywhere on earth I’ll remember it and its name – but those songs  . . . To me it’s all a lot of scratchy, twittery notes! I blame the Sex Pistols, the Ramones and the Undertones for damaging my sound sense!
www.rspb.org.uk

Butterfly Conservation (2006 till the present)
One of the most dynamic, inventive and productive of our ‘new’ conservation charities the quality of their published material is simply unrivalled as is the quality of their survey work, recording and censusing. This charity has a really good feel to it and a lot a really good people working for it both in a professional and voluntary capacity.
www.butterfly-conservation.org

The Wildfowl and Wetland Trust (2006 till the present)
What can you say? Sir Peter Scott – one of the great forefathers of the conservation movement. Chris had the privilege of meeting Sir Peter and his wife Lady Scott who survives him many times and served as a trustee for several years before accepting this post. The charity has a fantastic network of reserves and centres but the jewel in its crown, a triumph of contemporary conservation , is the London Wetland Centre. It is a simply awesome achievement and a great legacy to a great man and the many in the charity who now follow in his footsteps.
www.wwt.org.uk

RSPCA
The largest animal welfare charity in the UK the RSPCA work tirelessly to protect thousands of animals from neglect, cruelty and abuse each year. Relying on fundraising and volunteers to carry out their vital work they are dedicated to creating a world that is kinder to animals.
www.rspca.org.uk

Chris is a patron of these charities

AfriCat
I have the great fortune to visit many conservation projects around the world and AfriCat is in the premiership. Its whole ethos is founded upon securing practical solutions to problems in the field. It’s about really making a difference, not talking about it. It’s about intelligent and effective solutions being implemented now, not tomorrow. And its new initiatives are more exciting than ever, releasing rehabilitated animals into huge protected reserves where they are carefully studied and monitored. The standard of care is exemplary and our understanding of these creatures’ ecologies and behaviours is constantly being advanced here. A few more AfriCats and this continent’s unique fauna would be a lot better off. Please do whatever you can to support its work.
www.africat.org

World Land Trust
I have known the work of the World Land Trust, and its CEO John Burton, almost since it was established in 1989 and share its philosophy in terms of working through in-country project partners and raising funds for them to purchase and protect threatened lands as nature reserves to protect their biodiversity. I was invited to become a Patron of the WLT in December 2012 and was delighted to accept, joining their other two patrons, Sir David Attenborough and David Gower. I feel I know a lot about the Trust already, speaking with John Burton and sharing many of his views on conservation priorities and population issues. John was always very supportive in the early days of my career and I have donated the Public Lending Rights in my books to the WLT’s Green Ink project for the past ten years.
www.worldlandtrust.org

Population Matters
“We’re delighted that Chris has agreed to join our list of distinguished Patrons. He has always been very clear about the obvious link between ever more people and ever less wildlife, both here and abroad. Until we stabilise our numbers, we’re all fighting a losing battle”. Roger Martin – Chair, Population Matters
www.populationmatters.org

Chris is a keen supporter & regularly contributes to these charities

Marine Conservation Society
Chris is an Ocean Ambassador for this UK charity that is dedicated to protecting our seas, shores and wildlife.
www.mcsuk.org